Griffin Contracting recently completed a new intersection that will serve as a key traffic management tool for the City of Pooler for years to come. The intersection is located on Pooler Parkway at its junction with Pipemakers Circle. Pooler has experienced rapid growth over the past several years and this new red light was cheered by both citizens and businesses alike. Work completed includes removal and replacement of over 1500 CY of unsuitable material. Placement of approximately 2500 TNS of Base and Asphalt Paving, Storm Drainage Improvements, as well as Jack and Bore work. The project also saw new Curb and Cutter, Sidewalk and Handicap Ramp Improvements completed under the Project Umbrella. 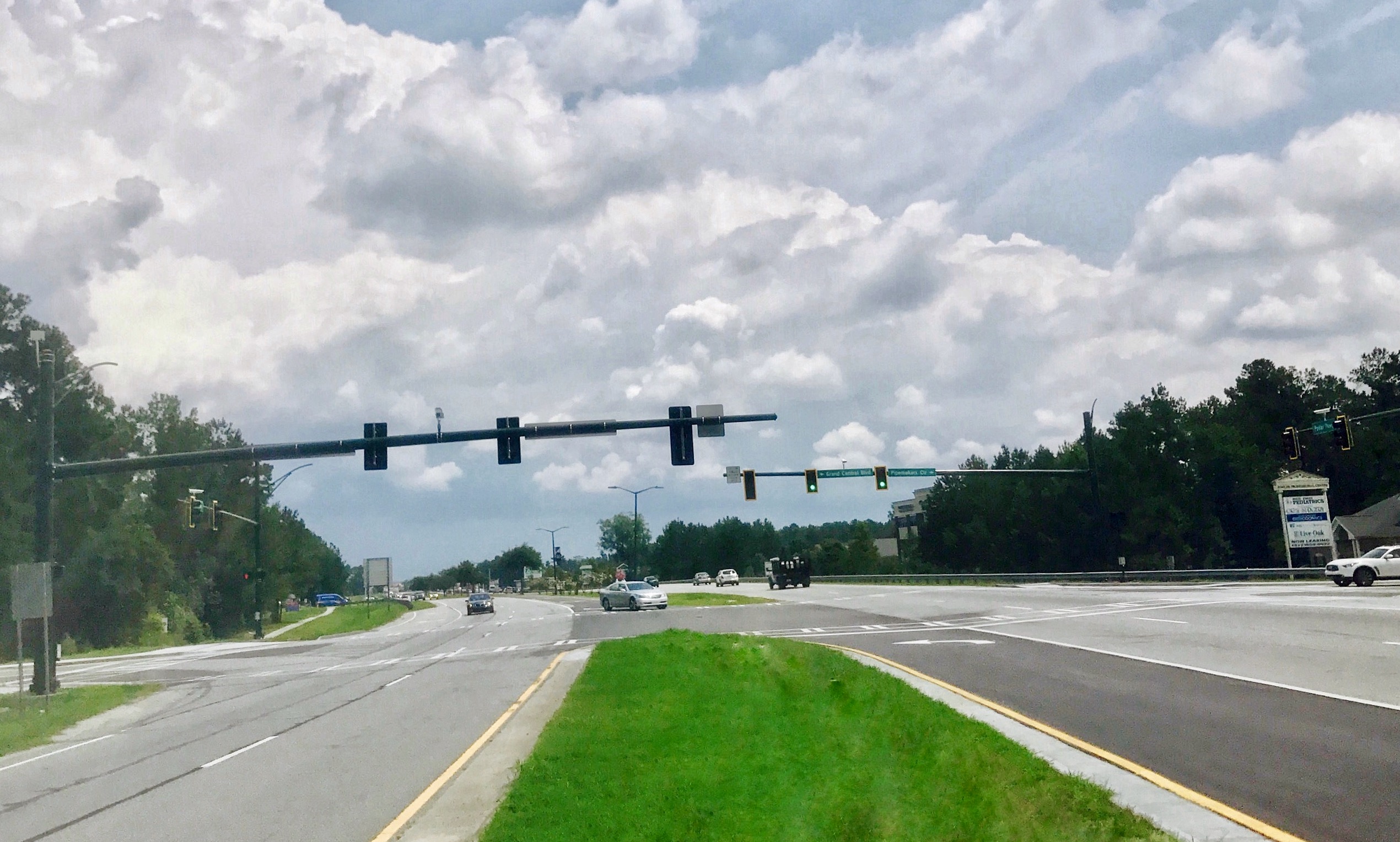 Alongside the traditional roadway work was the installation of a new traffic signal at the proposed intersection and a cutting edge corridor management system. The red light management system connects all of the intersections control cabinets along the 3 mile corridor via wireless and traditional fiber connections. The system monitors traffic behavior via a network of interconnected cameras designed to record traffic flow, vehicle counts, que lengths and wait times on a 24 hour cycle over the entire corridor. The data is processed in real time and used to provide optimal green times on the heaviest movements for the highest and best use of the corridor. The technology has proven effective in reliving traffic congestion on several congested arteries in the US. Griffin and the Project Owners look forward to the operation of the system and the intersection to help improve the community and the travel time for its growing population.